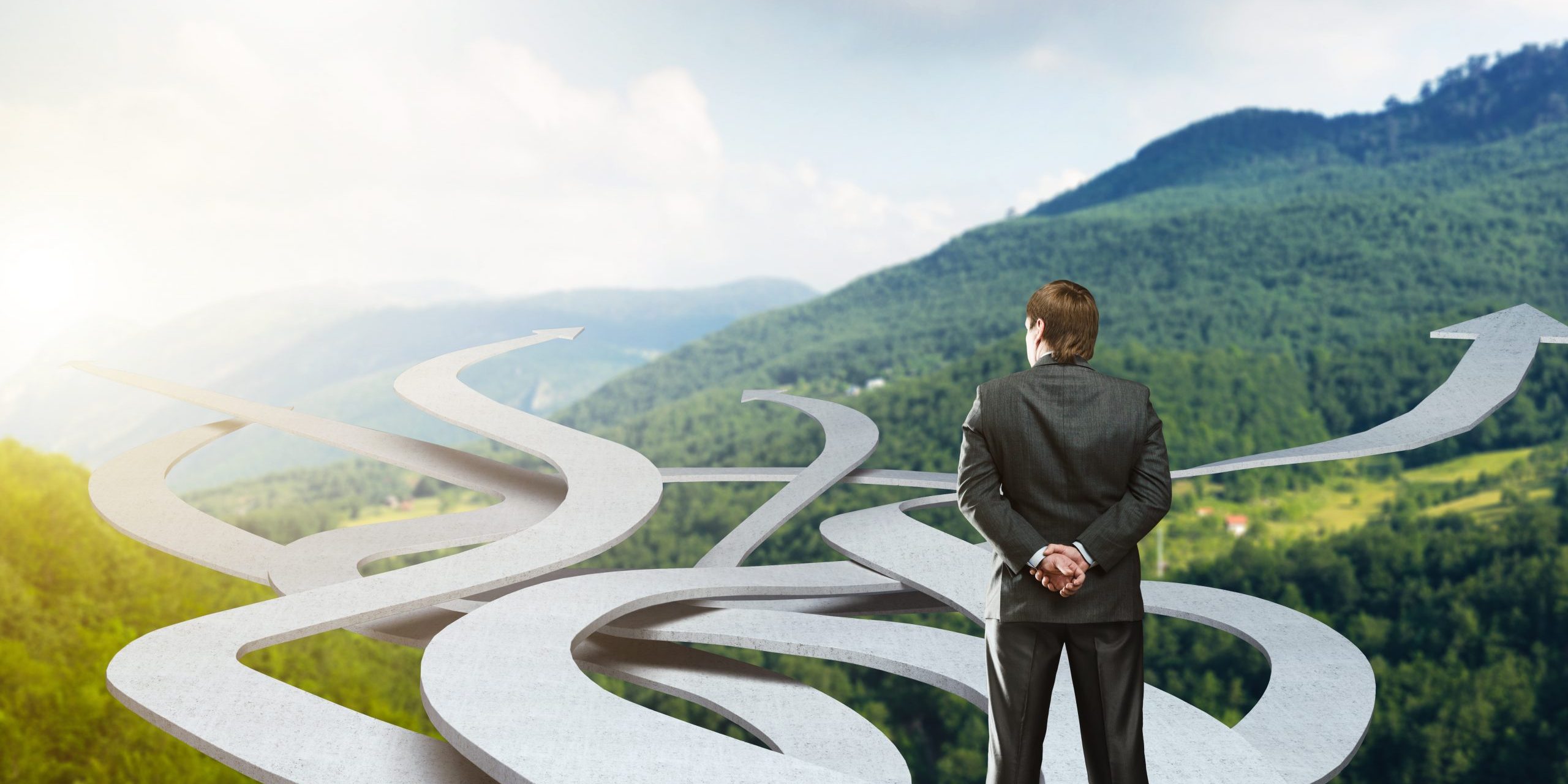 If you struggle with making decisions, this article is for you.

Let’s start with a mindset shift…

Psychological time is the way we think about the past, present and future.

Let’s explore closely what happens when you consider making a decision – Your mind projects you forward into an imagined future.

If you picture that future as uncomfortable or even painful, it creates anxiety in the NOW.

If you picture an imagined future that feels good, that contains images of things you want, you feel that in the present moment.

And that is what drives the decision-making process.

We base our decisions on how we think it will make us feel in the future, based on our unique values and viewpoint of the World.

This is the way I draw it out for my clients…

When you make a decision, you draw from your past experiences to guide you. If you went hiking once in Canada and were attacked by a bear, and someone asks you if you want to go hiking in Canada or Scotland, you will feel the memory of that fear in the here and now. That feeling then guides your imagined future, and your decision making.

Or, if you once got food poisoning from eating chicken at a particular restaurant, and you are invited back to that same restaurant, you might not have the chicken. That memory will impact your imagined future.

That part’s obvious. Now let’s look at our relationship to our psychological future.

If we feel anxious about our future, we might fail to realise that the anxiety is here NOW, not in the future. We think the problem is about making a ‘wrong’ decision.

Let me say that again…

We misunderstand where our anxiety is coming from.

We think it is coming from our imagined future. A future where we suddenly realise that we’ve made a wrong decision.

But not only is that future imagined (in the here and now), but how can we possibly know if we made a wrong decision?

How can you know if it’s a wrong decision?

Did you ever read those ‘choose your own adventure’ stories?

I used to love them. But I would always go back and see what would have happened if I’d have taken a different path.

You can’t know if you made a wrong decision.

I mean, what is a wrong decision?

Where you’ve taken an action and it doesn’t result in what you thought it would result in?

Or where you feel uncomfortable about what is presently happening because of an action you took in the past?

So then if that’s the case, you naturally think you should have chosen a different path.

But how can you know what that path would have entailed?

Here’s an other way of thinking about it.

I went for a walk with a friend once. We were in the forest and we came to a fork in the path. We could go left, or right.

Knowing that she was the indecisive type, I took the lead and went right.

A while later we got to a really wet boggy bit we couldn’t cross. I think her words were ‘we should have gone the other way’.

So we backtracked and took the path to the left.

We then came to an equally wet boggy bit that we couldn’t cross.

That’s how life works. Except we don’t get to go back and see what was down the other path.

Can you see how her mind worked in regards to the psychological time we talked about.

In the moment of coming to the end of the track for us, she thought we’d made a mistake. That we took the wrong route.

But if we deep dive into this, she has a misunderstanding of the concept of psychological time.

She unconsciously believes that because the route didn’t work out as we hoped, it was wrong. That an alternative route would have been in some way right, (or at least better).

This was also reflected in her choosing a meal at a restaurant. If she ordered the fish, and didn’t like it. She would say ‘I should have ordered the chicken’.

But to really illustrate my point, how would she have known the chicken was better? (She might even have got food poisoning if she had have chosen the chicken).

When we truly understand that we can’t ever know if an alternative decision would have been any better for us, we see that we can’t make a wrong decision.

If you really get that you will feel a deep comfort in that.

Knowing this means that you can fully commit to making a decision, without fear that it can be wrong. Because you could never know.

This then interestingly helps you make ‘better’ decisions because you will be making them from a clear state of mind.

A state where you are then focused on what you don’t want, not what you do want.

And when you are feeling anxious, stressed or overwhelmed your decisions lack creativity, inspiration, and sometimes even rational thinking.

Plus, when you are focused on what you don’t want, you make it much more likely that you will end up there.

You see it’s like riding a bike. If you look where you don’t want to go, you end up there!

But if you focus on what you want to create in your life, you can create this from a place of clarity, wisdom, and intuition. Then you can take clear action steps to create it.

When it comes down to making a decision, don’t think too much.

You either know what to do, or you don’t.

And if you don’t, go and get more information so that you do know.